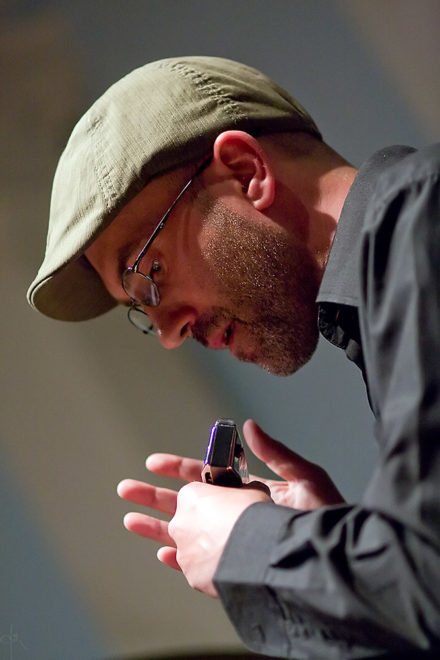 An eclectic musician born in Turin (Italy) in 1968, Alberto Varaldo began playing the piano at the age of seven years and the harmonica at the age of 10.
Alberto developed his musical language influenced by different styles of music, listening and playing the greatest classical composers J.S. Bach and M. Ravel, the pop and rock songs from Beatles, Simon & Garfunkel and Stevie Wonder, and developing his skills in blues and jazz fields transcribing the music of R.Johnson, T. Monk, M. Davis and the ethnic rhythms from Africa and South American.
Upon graduating in classical piano and composition from the Conservatory G. Verdi in Turin, Alberto studied arrangement and piano in jazz e pop music with Mark Harris at the Professional Music Center in Milan, and received private harmonica lessons in classical and jazz music from the harmonica masters Willi Burger and Toots Thielemans
In 2005 and 2006 by an international jury in World Harmonica Festival (Trossingen Germany), and in Nordic Baltic harmonica Festival (Parnu Estonia), he was awarded the first prize as the Best Chromatic Harmonica soloist in jazz and classical music.

In more than 20 years of professional activity has worked with the best Italian and international artists, in the field of classic jazz and pop music playing in the most important festivals, theaters and jazz clubs in Italy and abroad . He published four CD as leader and more than 20 collaborations in discographic works as session-man. In 2015 has published “Blow! play chromatic harmonica” an innovative didactic method dedicated to the harmonica.